So the biggest problem Kaczynski was for Russia was that they were worried he was going to go and get himself killed?  For sure it was that, yes.  And it was not just a problem for Russia, it was also a problem for NATO.

Last month, I interviewed Maxim Samorukov, Deputy Editor of Carnegie.ru and an analyst at the Carnegie Endowment for International Peace’s Moscow Centre.

We discussed relations between Poland and Russia between 2007 and 2010, when Poland’s executive branch was divided between Law and Justice President Lech Kaczynski and Civic Platform Prime Minister Donald Tusk, the domestic and foreign policy context of the Smolensk catastrophe, and the Kremlin’s view of Poland’s present Law and Justice government, including the possibility of future co-operation.

‘The Ghosts of Smolensk’, an article I wrote for Foreign Policy’s Democracy Lab about President Kaczynski’s contested legacy , can be found here.

END_OF_DOCUMENT_TOKEN_TO_BE_REPLACED

For Law and Justice, Kaczynski is a national saint whose assassination proves his greatness, and whose greatness proves he was assassinated. Rather than having “died” like a civilian in an accident, he is referred to as having “fallen”, like a soldier in battle. 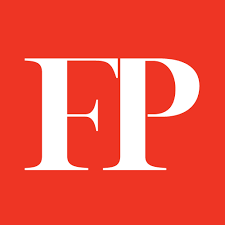 My latest article, for Foreign Policy’s Democracy Lab, addresses the legacy of President Lech Kaczynski, who died in the Smolensk catastrophe six years ago.  The 10th of April marks the sixth anniversary of the disaster, and the first anniversary of the crash since Law and Justice returned to power last year.

You can read the article here.